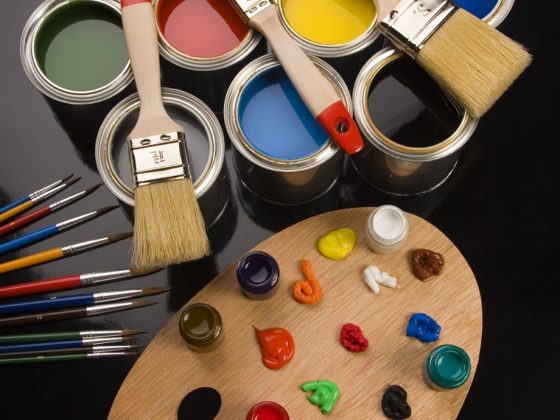 Alkyd resins are classified into three categories based on their oil chain lengths:

The type and amount of the oil has the greatest effect on resin properties such as drying speed. Soybean, castor, coconut, flaxseed and sunflower oils are the common oils used in alkyd resins.

Oils are divided into three groups based on air drying:

Non-drying oils such as coconut oil, castor oil and cottonseed oil, which have saturated bonds and do not dry in the air. These oils are used in stove alkyd resins.

Semi-dry oils such as soybean oil and tall oil, which are drying semi-solid in air, are used in alkyd resins for stove, nitrocellulose varnish and construction paints.

Drying Oils such as flaxseed oil and dehydrated castor oil have unsaturated bonds in their chain and react with air oxygen at room temperature.

The number and placement of these unsaturated bonds in the chain affects its drying speed. These oils are used in construction and stainless steel paints.

These high oil length resins are commonly used in oil paints and sprays and are completely soluble in aromatic and aliphatic solvents, but are sensitive to alcohols. They are used in oil, construction and industrial paints. They are air drying which means they combine with the oxygen in the air and dried. Because their solvent is oily, they usually take longer to dry. They have moderate resistance to sunlight and are somewhat resistant to moisture. Therefore, they are usually used in construction and protective paints.

Medium-length oil resins that have some of the same properties as Long Oil and Short Oil are usually used in automotive paints due to their resistance to light.

These resins have a short oil length, so they cannot be dissolved with oil solvents. They are commonly used in combination with nitrocellulose resins, urea formaldehyde or melamine formaldehyde in the manufacture of stove paints. Depending on the type of the oil used in their structure, these resins are used as drying with soybean oil or similar oils or non-drying oils such as coconut oil in various structures. These resins add properties such as adhesion, resistance and flexibility to secondary resins that mix with them.

Resitan alkyd resin has been working with high quality raw materials, including high quality fatty acids, to maintain quality stability in its products.

Leave a Reply Cancel Reply
Login to Resitan
Reset Password
Enter the username or e-mail you used in your profile. A password reset link will be sent to you by email.
https://www.resitan.net/wp-content/themes/movedo-child